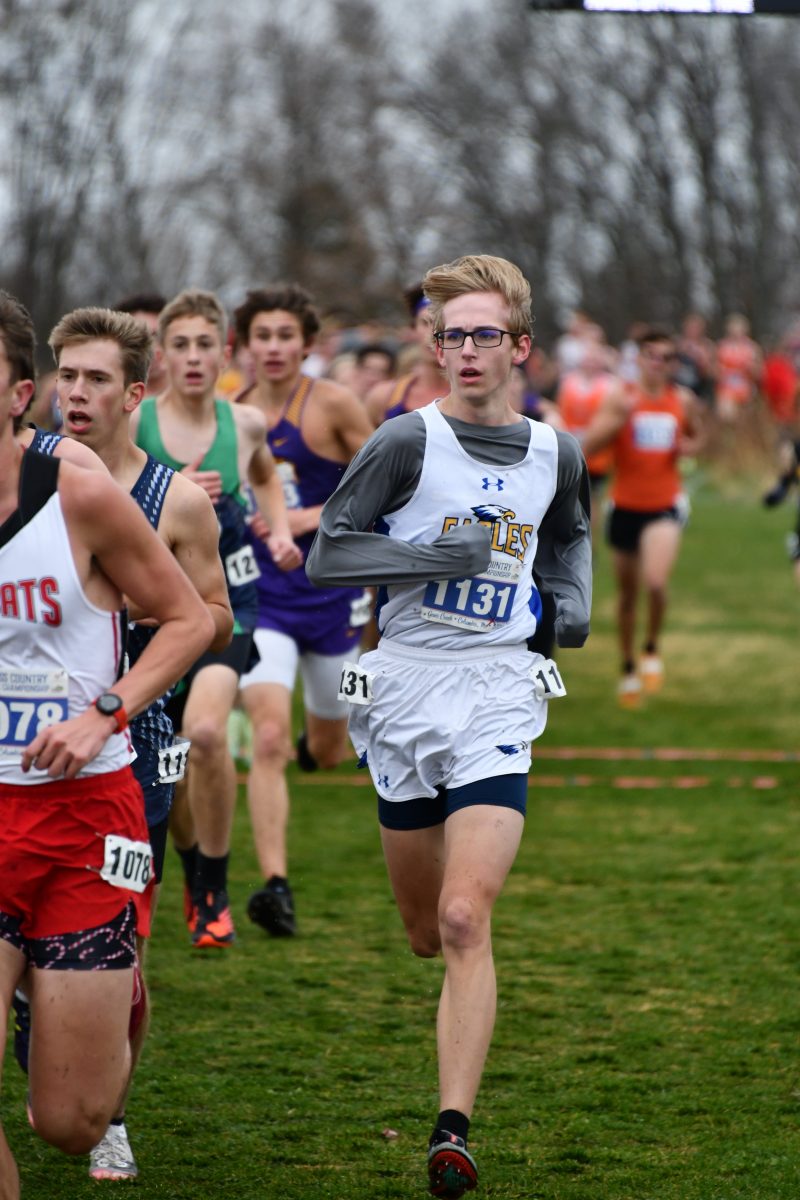 Willis ended his senior season, and Eagle cross country career with a 39th-place finish in the unfavorable conditions as he made his second appearance at the state meet.

“I thought all three of them ran pretty darn hard,” said Holden cross country head coach Dale Wescott. “I was proud of the kids. I thought everybody’s efforts were good.”

Willis’s effort led to the senior finishing 17 places, and 21 seconds better than he did last season in his first state meet performance.

After repeating as MRVC-East champion, and earning his second career all-district placing during the final weeks of this season, Willis placed 39th at the state meet to back up his 56th-place finish from last season. He turned in a time of 17:28 on Saturday to better his 17:49 time from last year which was turned in under more favorable conditions.

“Leading up, I was feeling pretty good,” said Willis. “Then, we get out here…we didn’t expect the conditions to be as bad as they were.

“I tried to get out there as fast as I could,” described Willis of his race. “I really tried to get a good position, and I just fell back into a not such a great spot. I planned to get out quickly, and then try to bounce it outside and never get stuck inside. I did get stuck inside, ultimately, but the plan was to not stay inside…to stay on the outside of everyone’s shoulders.”

Willis ran within a pack of the top-30 to 50 runners during much of the race which featured a field of 158 finishers.

“The goal was top-25 all-state,” said Willis. “I think the goal was to run sub-17…to get that. I really tried to get out there. Of course, I was never was able to hit the proper pace. I never settled into a fast enough pace for that.”

Willis ends his career as a two-time MRVC-East champion, two-time all-district runner, two-time state qualifier, and was the number-one runner on the Eagle boys cross country team that placed second as a squad at the MRVC-East Meet during the 2021 season for Holden’s first-ever MRVC-East team trophy finish.

“What a career he had, and what a great leader,” said coach Wescott. “I’ve got nothing but respect for what he did in his career. Zach’s going to be a difficult person to replace as far as talent, and leadership. He was the definition of a number-one runner. Confidence comes from preparation, and he was always prepared.”

Hankins closed out his sophomore season by placing 130th in a time of 19:02 as he competed in his second career state meet. Hankins’s sophomore campaign included an all-conference showing in late October, and an all-district placing during a season in which he overcame some early season adversity.

“At the beginning of the year, I was battling knee injuries,” described Hankins. “Throughout the season I had a lot of sicknesses. I started running better about a week before conference, and started getting back into it.”

“I knew it would be pretty muddy, so I tried to avoid some of the mud,” described Hankins. “One kid fell, so I was trying not to have that happen. I wanted to try to PR, but I was pretty close. The first mile I felt really good. Then the second mile, that’s when my shoe came untied, and I started to not be able to feel my toes. I still felt like I was running strong.”

Coach Wescott noted Hankins’s effort to get to the state meet.

“Rett battled injuries all year, and he stepped up the last two weeks,” said Wescott. “He really stepped up last week to get out (of the district) when he wasn’t predicted to get out.

“He showed a lot of guts,” said coach Wescott of Hankins’s performance on the muddy state meet course. “It was a good race by him.”

Young made her second appearance as a state qualifier competing on the Gans Creek Course. She placed 131st last season with a time of 23:30 as she competed the entire season as the lone Lady Eagle team member.

As Holden’s lone state qualifier from the Lady Eagles squad of four total team members this season, Young placed 127th in a time of 23:35 as she worked through some late-season discomfort from nicks and dings gathered over the course of the season.

“Ava gutted it out,” said coach Wescott. “Her time was pretty good, and consistent with what she ran all year.”

Young was content with her state meet performance in the cold, damp conditions as she ran in the field of 161 finishers.

The sophomore ended the race with her sights set on next season with both personal goals and team goals in mind. Young, along with teammates Malea Brewington, Abby Miller, and Riley Snively look to be joined by incoming freshmen runners, allowing them to compete as a full team next season.

“To be the number-one person, to be the leader…and to have a whole team,” described Young of next season’s personal, and group goals.

Hankins finished the state meet with his eyes on next season, as well.

“I want to try to replace Zach’s role, and get conference champion…try and get the team out, and hopefully, get the team all-conference and all-district,” said Hankins.

Holden’s returning runners next season will notice not only the absence of Willis’s leadership. The team will be under new coaching leadership as coach Wescott intends to retire from coaching the cross country team after having retired from teaching last year.

“I liked him as a coach,” said Young in regard to coach Wescott who guided her as the lone Lady Eagle last season, watcher her earn her second career all-conference medal this season, and saw her through her second state meet. “He’s definitely pushed me to be the best I could be.”

Willis who moved up the ranks in the Holden cross country program under coach Wescott’s guidance, and who looks to entertain offers to run at the next level after closing out his Eagle career, summed it up. 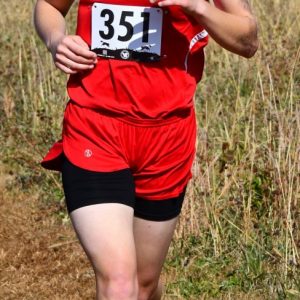