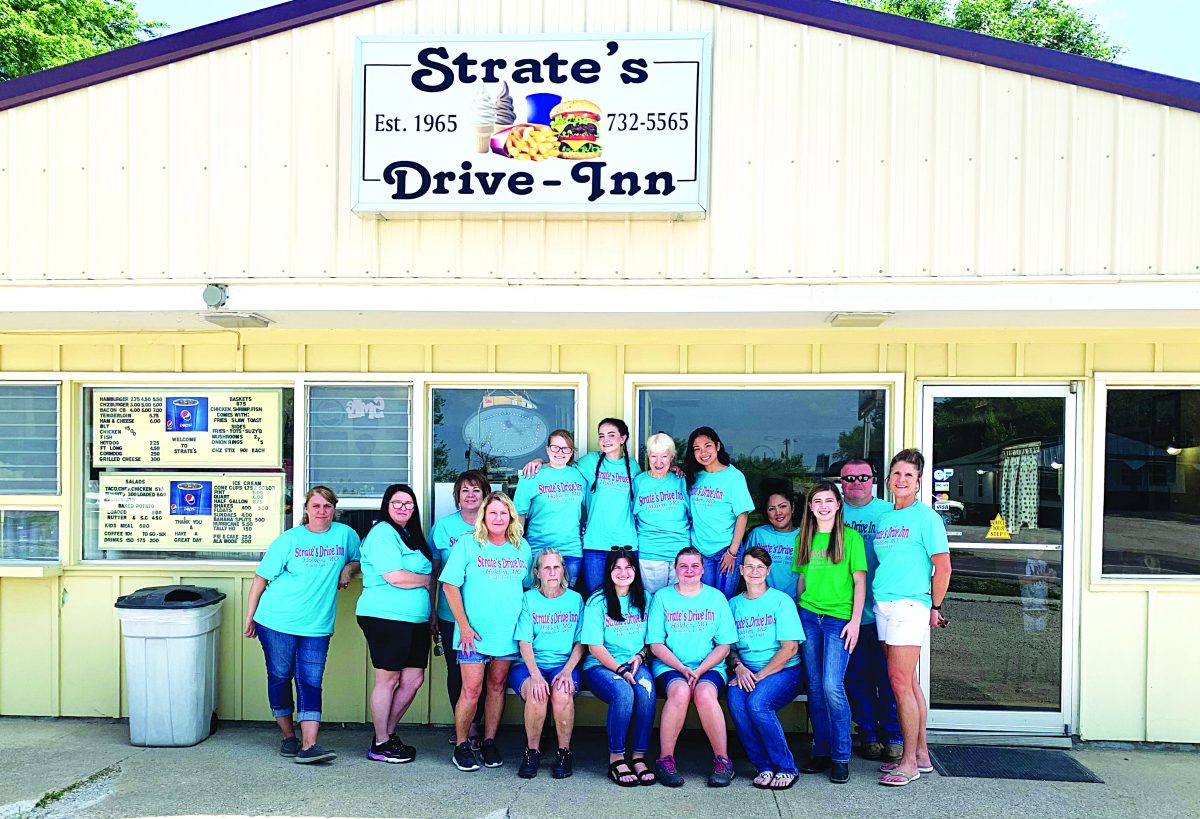 50 Years And Going Strong… All hands were on deck last Friday when Strate’s Drive Inn marked its incredible 50 year anniversary. During the day, customers enjoyed specials such as free ice cream, free coffee and other discounts as well as an opportunity to share memorable moments with Linda Strate and her hard-working staff. Members of her crew on hand for the celebration are pictured. Those not pictured are Sheri McMillen, Cheyanne Scott & Barbara Duffy. Photo By John Roberts

What began decades ago as a dream for a young Holden couple and their toddler has proved it can weather the hard times, adapt to the many changes the passing years bring, and still persevere as a beloved Holden icon.

Strate’s Drive Inn, opened by a Holden native and his Arkansas sweetheart wife, Dale and Linda Strate, has stood the test of time, and now, five decades later, is still a staple of the Holden community.

It is woven into the fabric of Holden’s culture and tapestry, and holds special memories for all Holden residents.

As many know, Dale was born and raised in this community, living on the family farm near Medford growing up.

Linda is originally from Norfolk, Arkansas, and would come to Holden to visit her sister and family, who all lived in Holden.

She recalls the summer before her senior year, May of 1965, when her visit to Holden happened to include meeting a local country boy who was smitten with her.

The feeling was mutual and after returning to…