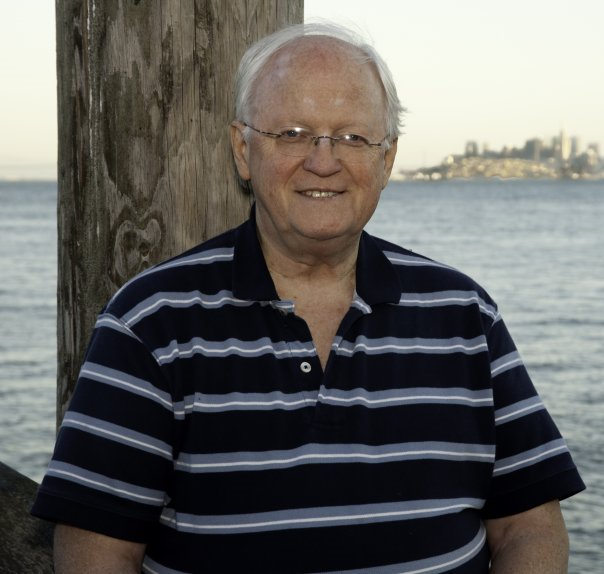 Tom was a U.S. Army veteran, working in the intelligence field, and was stationed at the Presidio in San Francisco, during the Vietnam era – 1967 -1969.

Tom grew up in Holden, MO, and received an academic scholarship to Oklahoma State University to study architecture.

After receiving his bachelor’s degree, he moved to San Francisco to launch a career.

He soon decided that he did not want to be an architect and instead pursued astrology, becoming a professional astrologer, and practiced for 20-plus years in both San Francisco and Kansas City. In the early 1990s, Tom became a certified practioneer of Zen Bodytherapy (ZBT), Advanced Zen Bodytherapy and Zen Triggerpoint Anatomy.

This became his primary focus for more than 30 years, serving hundreds of clients to transform their physical flexibility and mobility.

He also trained and mentored new Zen Body therapists in both Kansas City and Austin, TX. When COVID-19 became an obstacle to hands-on ZBT body work, Tom made a creative decision to return his focus to astrology.

He started teaching classes in astrology via Zoom, while concurrently providing astrological consultations for clients around the nation.

Tom was also an avid consumer and producer of the personal growth and development courses of Landmark Worldwide (LW), since 1972.

LW was a strong source of positive energy for him for more than 50 years.

In recent years, he assisted in producing the Conference for Global Transformation.

Tom’s clients enjoyed that he was able to meld his knowledge and the principles of Astrology, ZBT and Landmark Education into each of their sessions with him.

He had a large clientele who loved him and appreciated the rich contribution he made to their physical, mental and emotional states, and to their lives.

He made a difference in the lives of thousands of people.

Tom is survived by two brothers, Robert, of Holden, MO, and Jack, of Atlanta, GA; as well as many nieces and nephews around the country.

A memorial celebrating Tom’s life, open to the public, will be held on Saturday, January 8, 2022, at the Holden United Methodist Church, at 1 p.m. The church is located at 605 E. 10th Street, Holden, MO .