Some city councilmen reported they felt “blind-sided” at the June 22 special session budget meeting, when Mayor Pro Tem Liz Weeks was sworn in as mayor.

At that meeting, former Mayor Doyle Weeks tendered his letter of resignation to council, amid nepotism actions that occurred at the April council meeting.

On June 22, council voted to accept the resignation of Doyle Weeks and immediately following that action, Mayor Pro Tem Liz Weeks took the oath of office as mayor.

She was sworn in by City Clerk Celeste Malcom in front of council members.

At the June 29 council meeting, Councilman Ray Briscoe reported there were many questions being asked throughout the previous week that needed to be clarified, and he felt the council should discuss those with City Attorney Jeremy Cover present.

Briscoe asked about the ordinance in Chapter 21 that talks about filling a vacancy and how there should be a council vote.

Briscoe asked Cover how they could have sworn in Liz Weeks at the June 22 meeting when the action did not follow the ordinance.

Cover told Briscoe that the process had been done incorrectly.

Briscoe added that the council members did nothing except watch the swearing-in ceremony.

Cover explained that the correct process was not followed, but arguably, once she was sworn in, Liz Weeks became the mayor of the City of Holden.

Cover said this is his unconfirmed opinion, and he has not done the case study because he has not been asked to yet. Cover went on to say, there are only three ways of getting out of office when there is a vested interest, and those are death, resignation and impeachment.

He said that even though the swearing-in oath was done incorrectly, no one stopped it from happening, and once Liz Weeks was sworn in, she assumed the office of mayor.

Cover reiterated that is his opinion from his previous experience, but he said he would investigate the case work if the council majority requested it. “Ms. Weeks stepped into Mr. Weeks term,” Attorney Cover said.

Cover also added “The term is until April 2022, and citizens could not vote for filling the vacant position of mayor because typically, the council-appointed person fulfills the rest of the prior mayor’s term.”

Council Member Julie Fields said that what Doyle Weeks did (act of nepotism voting Liz Weeks in as mayor pro tem) was illegal, so how can Liz Weeks now legally be mayor?

Cover responded to Fields, saying that no one stopped the swearing-in process from happening.

Therefore, it stands and Liz Weeks is the legal mayor of Holden.

There was a lot of discussion among council members and the citizens present at the meeting about the issue and how council was confused about what was actually happening.

Councilman Jim McDaniel said that he felt blind-sided at the meeting because the agenda was vague, and the council did not receive a copy of the letter from the prosecuting attorney until the actual June 22 meeting.

McDaniel was referring to Johnson County Prosecuting Attorney Robert Russell’s letter informing Doyle Weeks he had 10 days to resign or he would be removed from office, because of the nepotism actions he committed when breaking a council tie by voting for his wife to hold the position of mayor pro tem at the April meeting.

McDaniel asked if any violations occurred by not letting the council know that something had taken place.

Cover responded that anyone can resign at anytime, it does not have to happen during a meeting.

Cover explained that a vote by council for the office of mayor was skipped, and Liz Weeks was sworn in, and once that oath of office was taken, her council seat was vacated, and she became mayor.

Cover again said this was his understanding, based on his experience.

McDaniel requested that Attorney Cover research case law to find out if it supports or does not support the actions that occurred at the June 22 meeting where Liz Weeks was sworn in as mayor.

There was other discussion about the prosecutor’s letter and what council was aware of prior to and at the June 22 meeting. Also discussed was the project coordinator position, for which Doyle Weeks is being considered.

Briscoe spoke of the “job interview” that Doyle Weeks received after his resignation.

Briscoe said that the issue was that council members did not have all the information they needed.

He went on to say, things were moving so fast, and council should have been more responsible and deliberate.

Briscoe added, the subject of further ethics training should be revisited.

Cover said that having an attorney present can help prevent these types of situations from occurring.

He added that mistakes do happen. Cover’s advice was, in general, council members should take their time to make decisions because it is rare that something must be decided on a specific night.

Cover explained that if there is a question or an issue that council is uncertain about, that members should not act, until legal advice can be solicited.

Cover went on to say, fundamentally, if council did not want to choose Liz Weeks or anyone else to fill the vacant office of mayor, they could have continued without a mayor until council could agree on a replacement.

Another option is that Liz Weeks could have run the council meetings as mayor pro tem until the current term ended in April of 2022.

In other business at the June 22 meeting, McDaniel was voted in as mayor pro tem.

The Image is soliciting the public’s opinions and reactions to the actions that occurred on June 22.

Letters to the Editor are welcome.

Send to holdenimage@embarqmail.com or you may drop them at the Image office at 117 E. 2nd St. All letters require signatures. 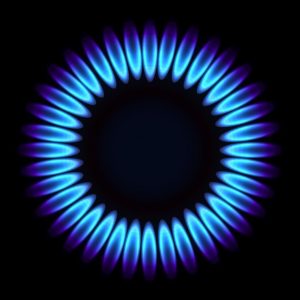