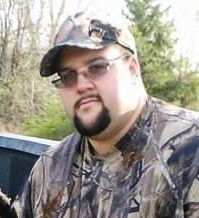 Danny was born June 11, 1989 in Independence, son of Laurence D. and Sharon S. (Leavy) Charboneau. He was raised in Holden. He was married to Anna-Marie Marshall on October 29, 2016 in Raytown.

Danny was employed at Bass Pro in Independence at the time of his passing. He was an avid hunter, gun enthusiast and fisherman.

He also enjoyed working on cars and restoring his old tractor. Dan had a wicked sense of humor and he never met a stranger.

Memorial contributions are suggested to the Daniel Charboneau Memorial Fund, in care of Williams Funeral Chapel in Holden.