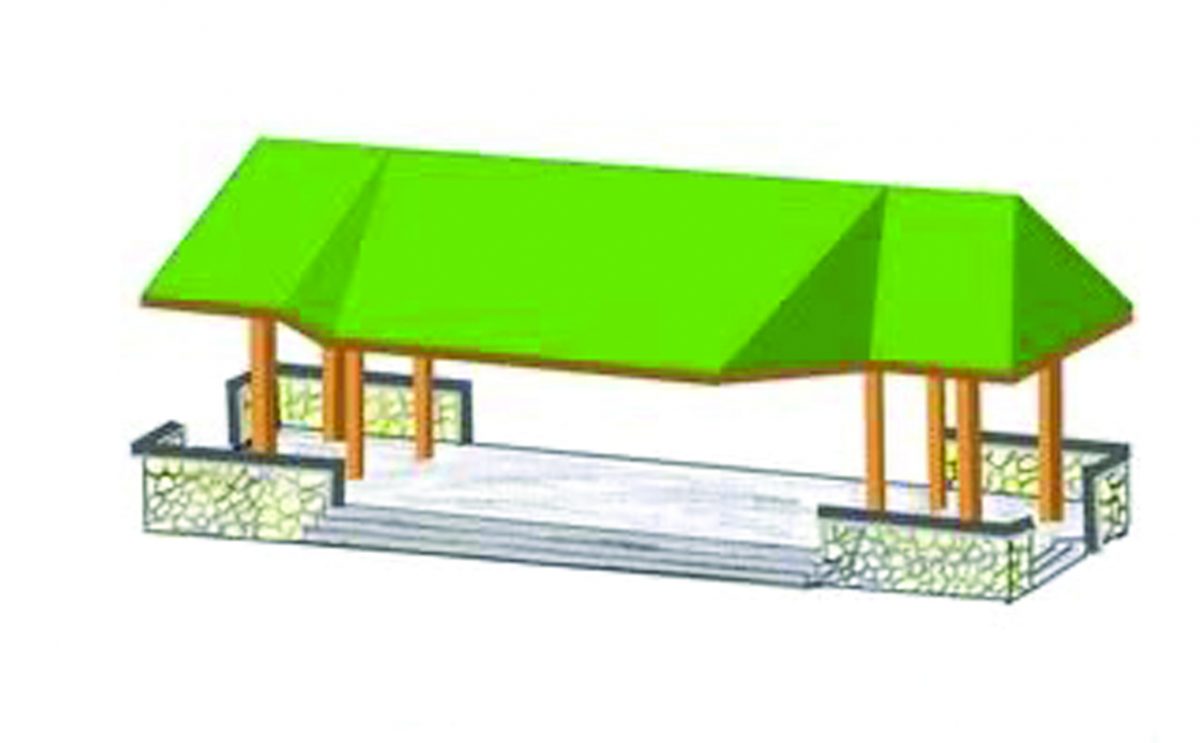 A dream of the late Dennis Hutcherson to provide an outdoor facility for hosting Holden area community activities in the downtown area is becoming a reality.

Starting this week, a beautiful pavillion complete with a three-feet high stage will be underway where the former F&C Bank drive-through is located.

It will be called the Life Celebration Theater and will be dedicated in the memory of Dennis Hutcherson, who passed away during the health pandemic of 2020-21.

In addition it is for recognition of the many other good people who were lost during the last two years Tony Lerda, who is helping with the project, said the idea came about during one of the Holden Street Fair events. “Every year we haul in huge flatbed trailers to serve as a stage, along with bleachers for the spectators. It never was the best venue for the King/Queen, band setup, etc., but it was serviceable,” he said. “Dennis often commented how nice it would be if we had a theater, pavillion or some other permanent structure where people could enjoy those and similar activities in a safe, pleasant environment. In fact, he specifically pointed out the old bank drive-through as a great location.” Great idea that it was, it never came to pass – until now.

Lerda said a group of individuals got together to revisit Dennis’ dream. It was apparent it still lived in the hearts of his family and friends and that it would be a big plus for the community. And now, it is coming to fruition.

The pavillion itself will be approximately 48-feet wide and 20 feet deep. It’s concrete stage will be three-feet high. “We considered the stage’s elevation and learned spectators’…