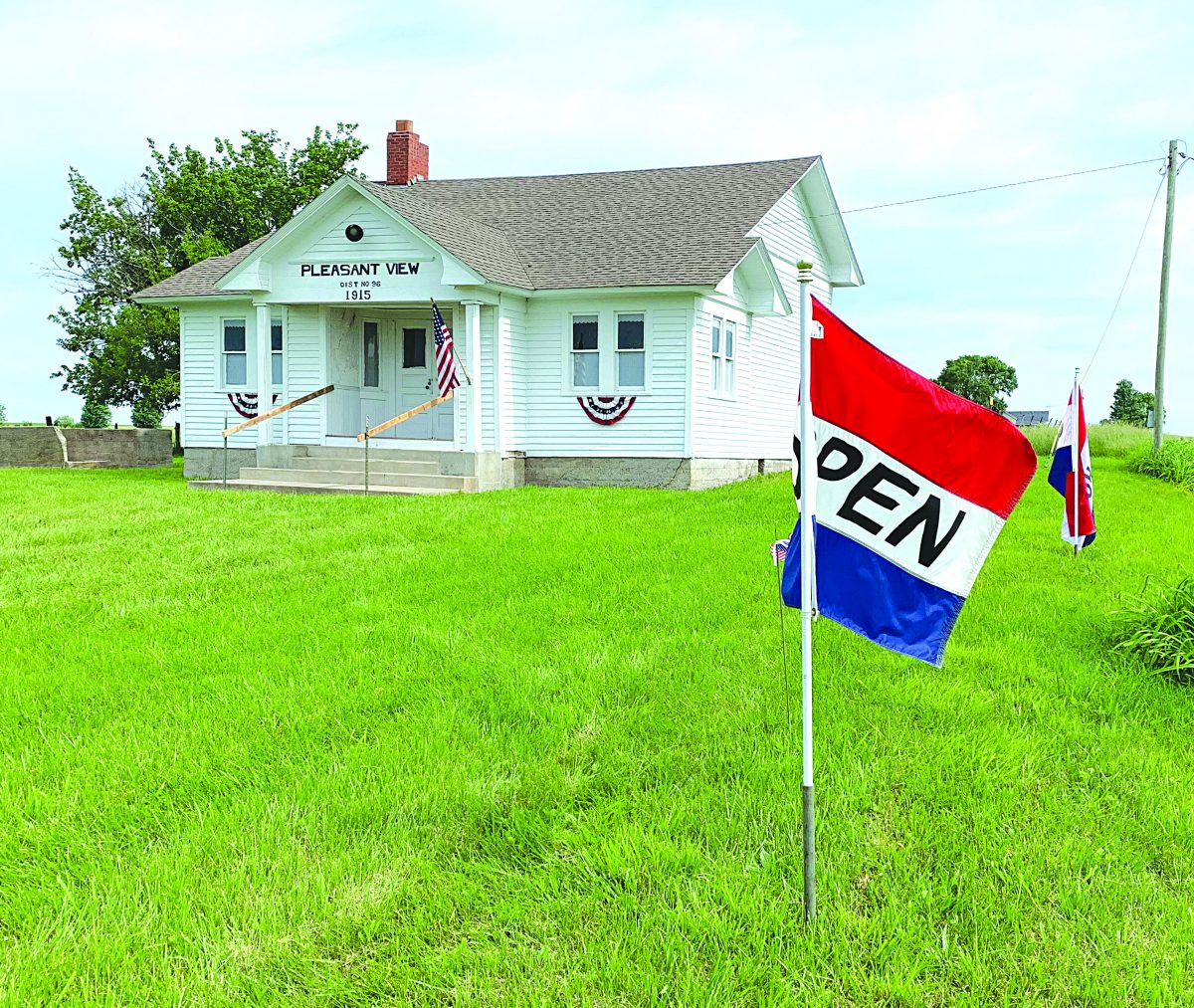 During the Memorial Day weekend, Hometown Project held an open house at the Pleasant View Schoolhouse for visitors to view the century- old building.

What they witnessed was a historical landmark which has, and still is, undergoing a remarkable restoration.

Visitors got to turn back the clock to 1915, the year the schoolhouse was built.

All intact was a one room classroom in which children from grades one through eight received their initial years of education.

Everything was in place, from the period correct 15 student desks, to the blackboard, piano, teaching area, lighting, wood floors, windows, heating unit and more.

Also on display was the kitchen area, from which the students received a daily lunch, the cloakroom, for outerwear, and a room which at one time served as a library and/or science project area.

The exterior of the school looked amazing as well, recently receiving new coats of paint, casting the brilliant white structure against a deep blue sky.

A special treat came when several of the school’s students appeared to relive old times and swap stories.

While the hard work to bring back the school to its original state is impressive, there is still more to do.

Hometown Project member Susan State said with just a little help, some badly needed repairs could make the structure more complete. “Right now the top two things which need attention are some of the walls and the ceiling tiles,” she said.

Strate went on to say the walls are plaster and most likely will be replaced with sheetrock. “It might be difficult to find someone who does this type of work and even if we did, it might not be cost effective,” she said. She added that even when that repair was done, several places might be deliberately left as they are. “We would like people to see exactly what the walls were. We’d like to keep things as authentic as we can. As to the ceiling tiles, State noted an in-state manufacturing firm located in Nevada still makes the tiles. “They’ve probably gone up in price, but the last…