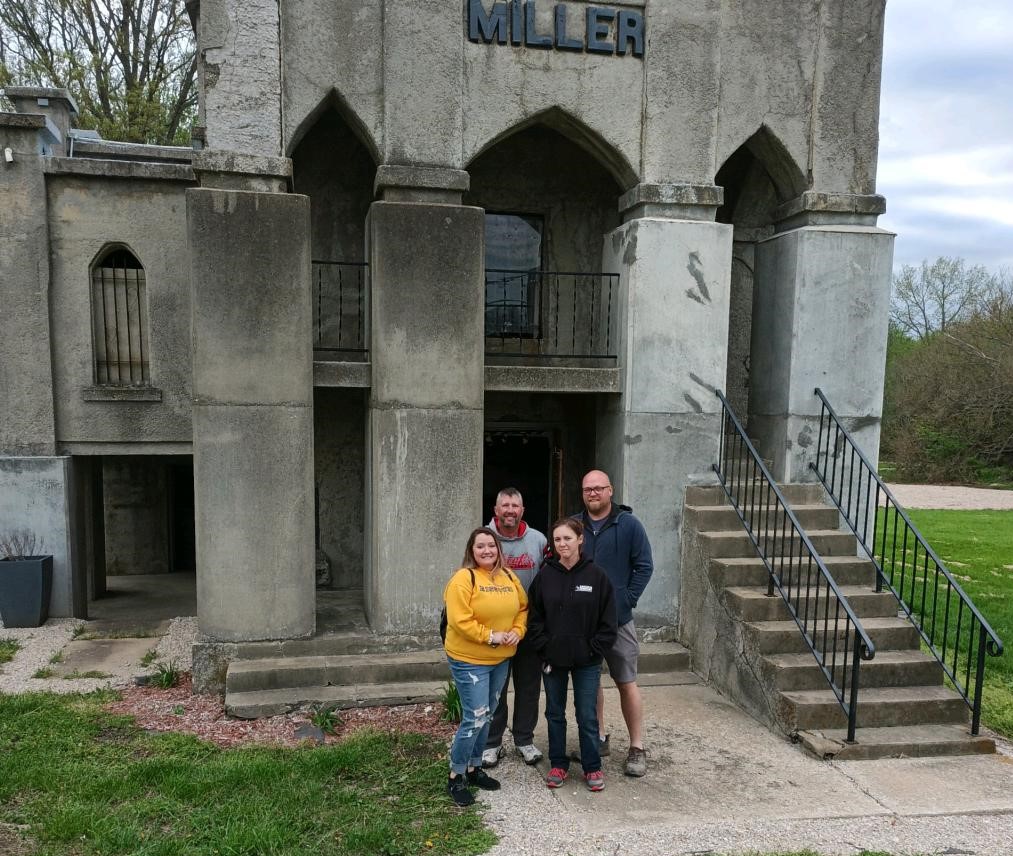 Paranormal Activities Recorded At Mausoleum… Miller Mausoleum was recently visited by the Dogwood Moon Paranormal Investigations crew, that is led by Jeanie Moen of Macon, MO. Her group reported recording certain sounds and other activities in the upper level room of the mausoleum, just above the crypt room. All bodies that were buried at the mausoleum have been re-interred at the Holden Cemetery by the builder’s great-grandson Carl Cranfill. Photo Submitted

The century-old Holden landmark – Miller Mausoleum – continues to fascinate and pique the interest of locals as more interesting details are revealed about the property north of Holden.

Holden natives have long been interested in the history and background of the park grounds and mausoleum.

Construction of the unique landmark began in 1917 and the builder was Joseph M. Miller. Joseph’s great-grandson, Carl Cranfill, is the owner of the property now and Carl has been completing much-needed work on the once-crumbling mausoleum the past few years.

The work Carl has done has reignited interest among locals in the final resting place of Joseph Miller’s family.

The Miller Mausoleum and Park have stood sentry over Holden for more than a hundred years to those coming to town from north 131 Highway.

Carl shared that recently a group that investigates ghost sightings and activities visited the mausoleum.

Dogwood Moon Paranormal Investigations crew members set up recording equipment at the mausoleum and captured some surprising results during their visit.

The group believes they witnessed the presence of spirit activity on the second floor of the century-old building.