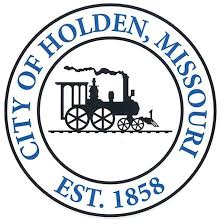 The Board of Public Works (BPW) heard a refinancing report at its regular monthly meeting, held Tuesday, June 2.

Goffoy presented refinancing options for the 2004 bond issue for building the lagoon and the 2015 lease option for the SAGR system.

“The number one reason we are looking at refinancing is to help prevent raising rates,” stated Lerda.

Refinancing will also allow for Holden to install all new updated water meters. It will provide funds for much-needed infrastructure updates, repairs and replacements.

The lower monthly repayment rate will also free up cash flow to allow Holden to do the work of the SCEAP grant, which is required to be completed in two years.

Katy Barrett, BPW Chairman, said, “We want to keep our population here and grow our population. So, we want to do everything we can to be attractive to new people and help our current people.”

After a discussion regarding refinancing options, the board voted to go with a 15-year fixed-rate refinance with the option to pay off early.

The proposal will be presented to the Holden City Council at their next meeting.

If the council approves it, Piper Sandler will solicit local banks like F&C, as well as regional banks. They will then review the responses and choose the one with the best terms.

In a sewer system update, Lerda said the blower on the lagoon has been replaced. He also said that the electronics on all units were calibrated so the expenses were higher for May.

The board also discussed the 2021 budget and voted to approve it.

In a water system update, Lerda reported that the city gained a 19 percent increase in water accountability with the 75 new meters that were installed.

The debt refinance will allow for the purchase of all new meters for the 1,070 Holden is responsible for.

Lerda presented two bids for a remote-read meter system. The quotes were equal in price. One was from Midwest Meter.

They offered a cellular data read system that provides real-time data and has a 20-year meter guarantee.

The data is stored in a cloud and customers can access it at any time on their cell phones.

The system will also send notifications to customers if their meter starts spinning due to high water usage, or having any other issues. The system would require all the meters in Holden to be replaced.

The other bid was from Core & Main. It is a radio-read system that requires a meter reader to drive around and collect the data. The system stores the data for 120 days, so if there is an issue, it will show when it happened, but is not in real time.

After a brief discussion, the board voted to go with Midwest Meter and the cellular data meters.

Regarding the refinance and the new meters, Barrett said, “We have to plan for the future and this does it in a very responsible way.”

The regular meeting of the BPW closed, to reopen in July.