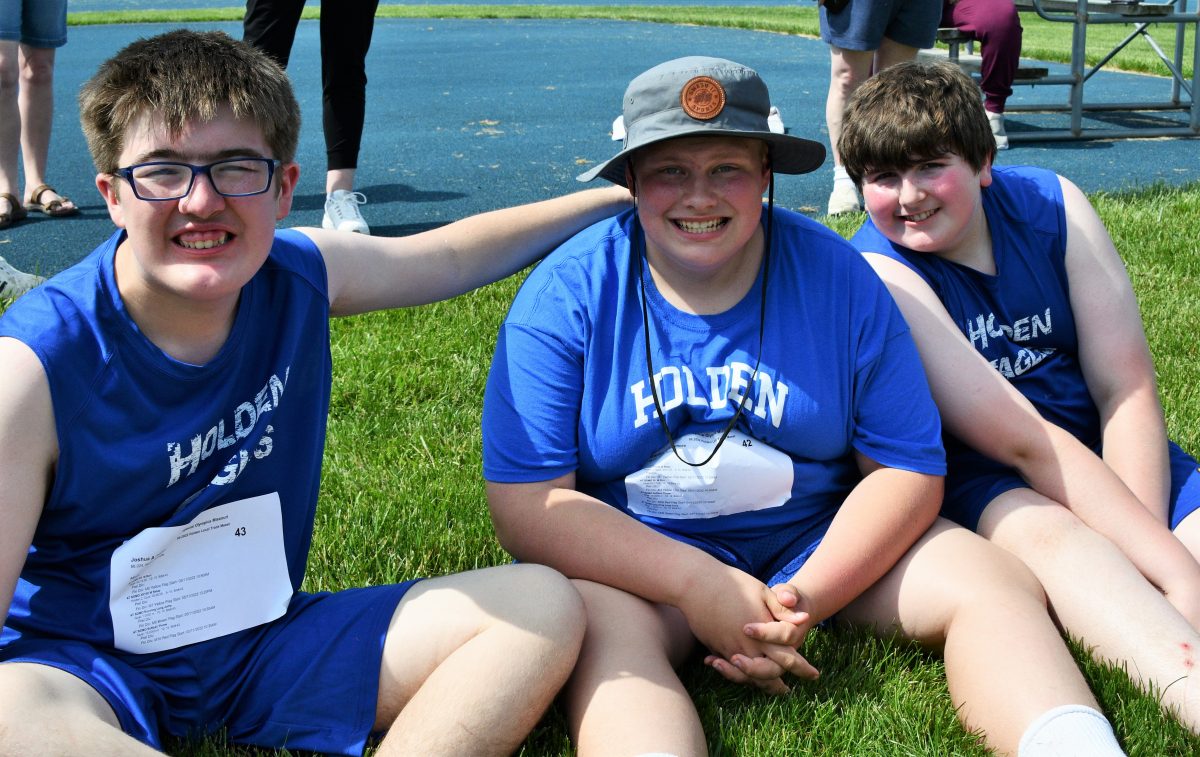 Fun In The Sun!… Holden athletes (left to right), Josh Waller, Braydon Sizemore and Blaine Maguffee enjoy a moment together before taking part in the athletic competitions at the 2022 Holden School Special Olympics Track and Field Meet on Wednesday, May 11. The action heated up on the track and in the field under sunny skies on the day as a large crowd cheered on the competing athletes from six school districts. See inside for more photos. Photo by Steve Edwards

The Holden School District hosted an area Special Olympics event on Wednesday, May 11.

More than 100 athletes competed in this amazing event, representing multiple schools in our area.

The morning started with the opening ceremony, including the Parade of Athletes.

The audience was then asked to honor a Holden student, Marcus Campbell, who passed away last month, by dancing to his favorite song “Baby Shark.”

The final part of the opening ceremony was the reading of the Special Olympics oath – “Let me win. But if I cannot win, let me be brave in the attempt.”

Following the opening ceremony, the track and field competition began for all athletes. 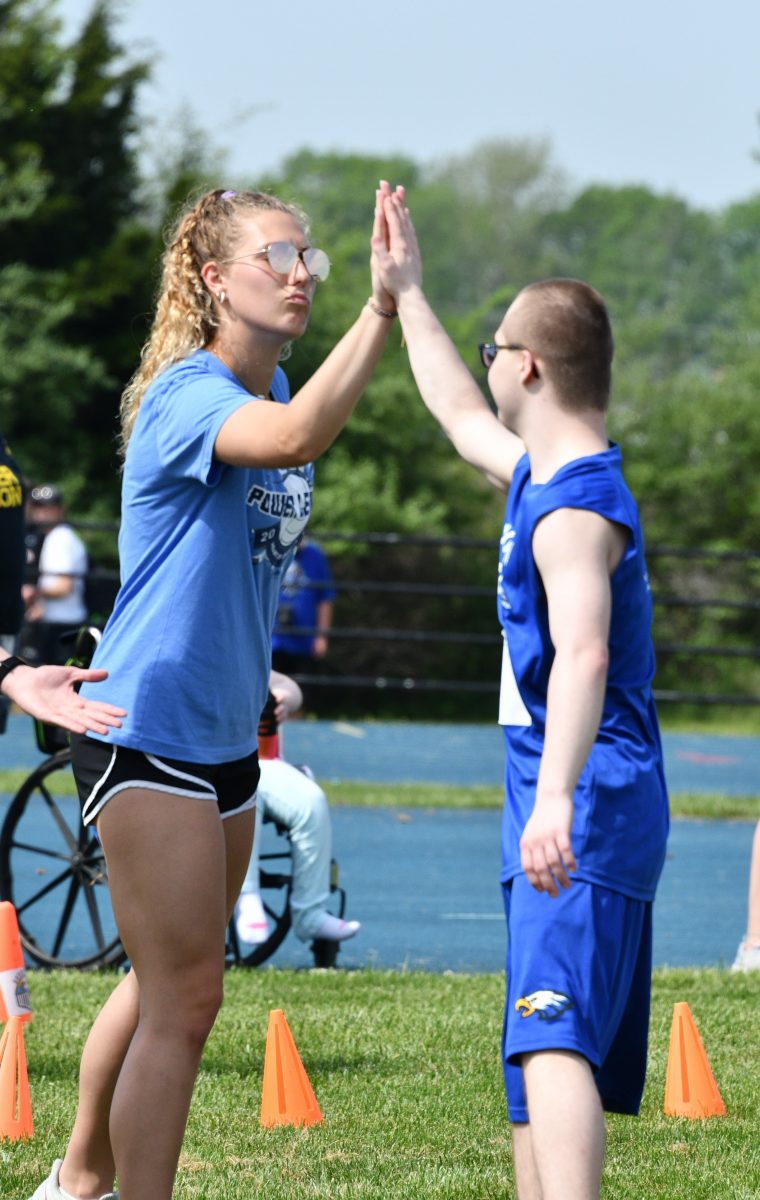 Super Support… Eagle athlete Levi Kats (right) receives a high-five from senior student helper Emma Lohe during the 2022 Holden Special Olympics Track and Field Meet on Wednesday, May 11. The student helpers, teachers, staff, fans and parents involved in the day’s event made for a successful and enjoyable event as athletes from six school districts took part. Photo by Steve Edwards