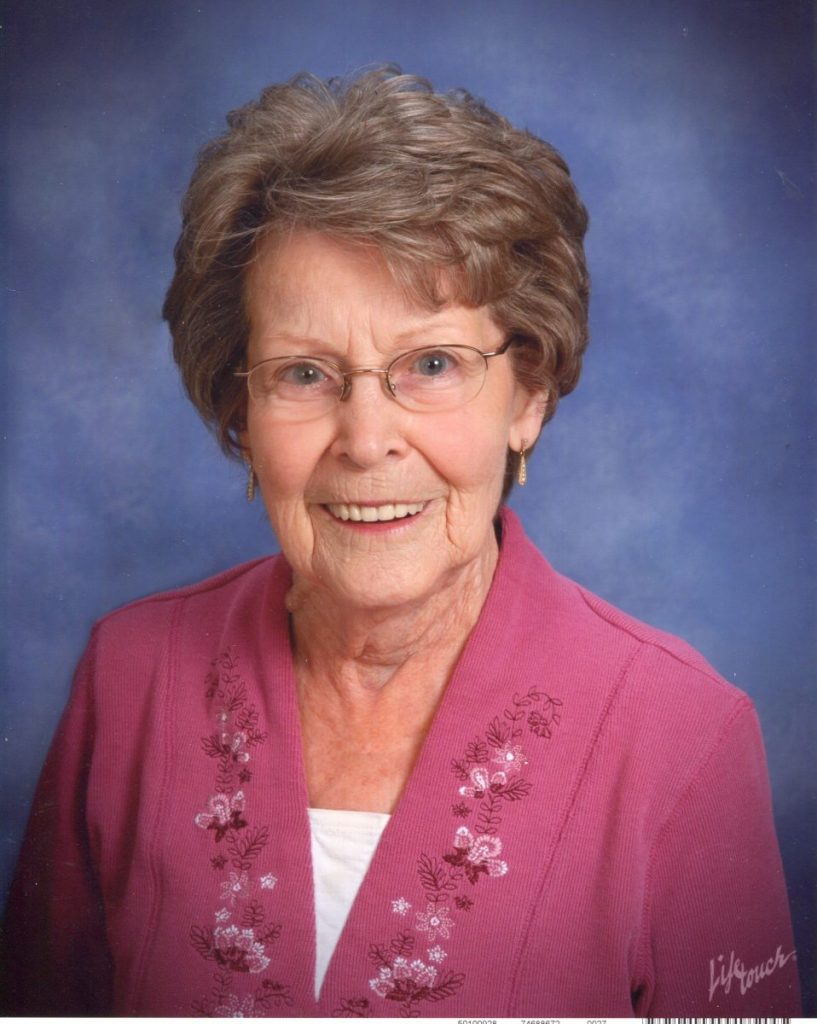 Ellie was born May 15, 1931 in Logan County, Kentucky, the daughter of Walter Dwight Blum and Lillie Ann (Johnson) Blum.

As a child, she resided in Dove Creek, Colorado until she moved to Missouri where they resided in several places including Kansas City, Knob Noster, Montserratt, Strasburg and Kingsville.

Ellie was united in marriage to Loren A.B. “Kid” Page on March 10, 1951 in Madison County, Arkansas.

The couple lived on a farm north of Holden prior to moving to Holden.

Ellie was employed with Holden Manufacturing for several years.

Upon the plant closing, Ellie was employed with Sun Flower Group, a demo company.

She did food demo work for Walmart, Price Chopper and Target.

More recently, she did volunteer work for the Warrensburg Veterans Home and the Holden Senior Center.

Ellie was a lifetime member of Holden V.F.W. Post #5844 Auxiliary, where she served as president several years ago.

She was also a member of Holden First Baptist Church.

She loved flowers and collected Solar Bobble Heads from Dollar Tree throughout the years.

Funeral Services were held at 10:30 a.m. Monday, December 13 at the First Baptist Church in Holden, with Rev. Josh Christy officiating.

The family received friends from 4 to 6 p.m. Sunday at Williams Funeral Chapel in Holden.

Memorial contributions are suggested to the First Baptist Church or Rock Springs Cemetery Association, in care of the funeral home.