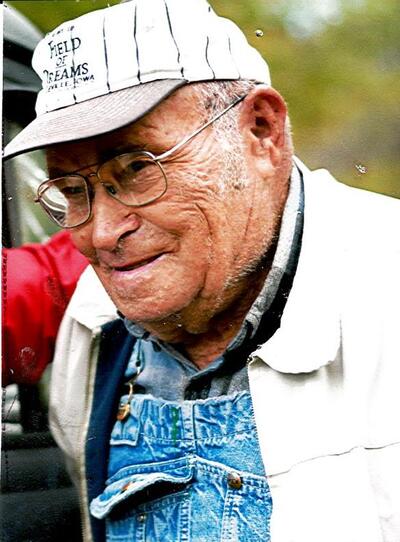 Ken was born October 13, 1926 in Holden, the son of Ralph Jennings and Nellie May (Specker) Jennings.

He served in the United States Army during WWII, which was the only time he wasn’t on the farm.

He was preceded in death by his son, Kenneth E. Jennings; sister, JaNell Shippy; and two brothers, Bud Jennings and Wilbur Jennings.

The family will receive friends from 6 to 8 p.m. Friday, March 19 at Williams Funeral Chapel in Holden.

A Celebration of Life Service will be held at 10:30 a.m. Saturday, March 20 at Elm Spring Baptist Church with Pastor Robin Dale officiating.

There will be a private interment at Rock Springs Cemetery at a later date.

Memorial contributions are suggested to Children’s Mercy Hospital in KC, John Knox Hospice, or Elm Spring Baptist Building Fund, in care of the funeral home. Online condolences may be left at www.williamsfuneralchapel.net.